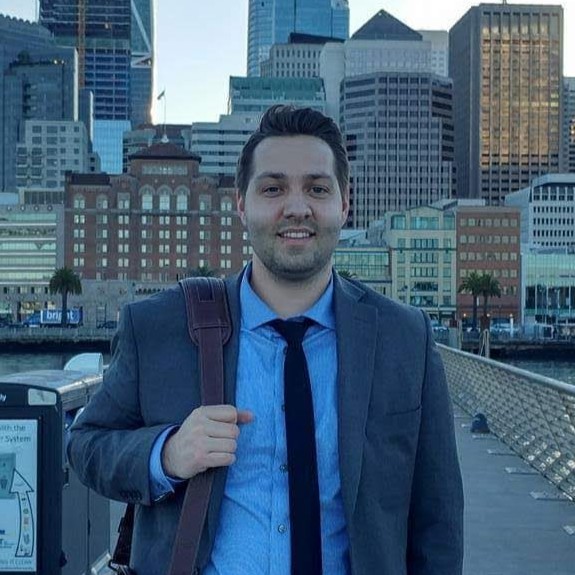 Nyan Heroes is a promising game that combines a few of our favorite things. 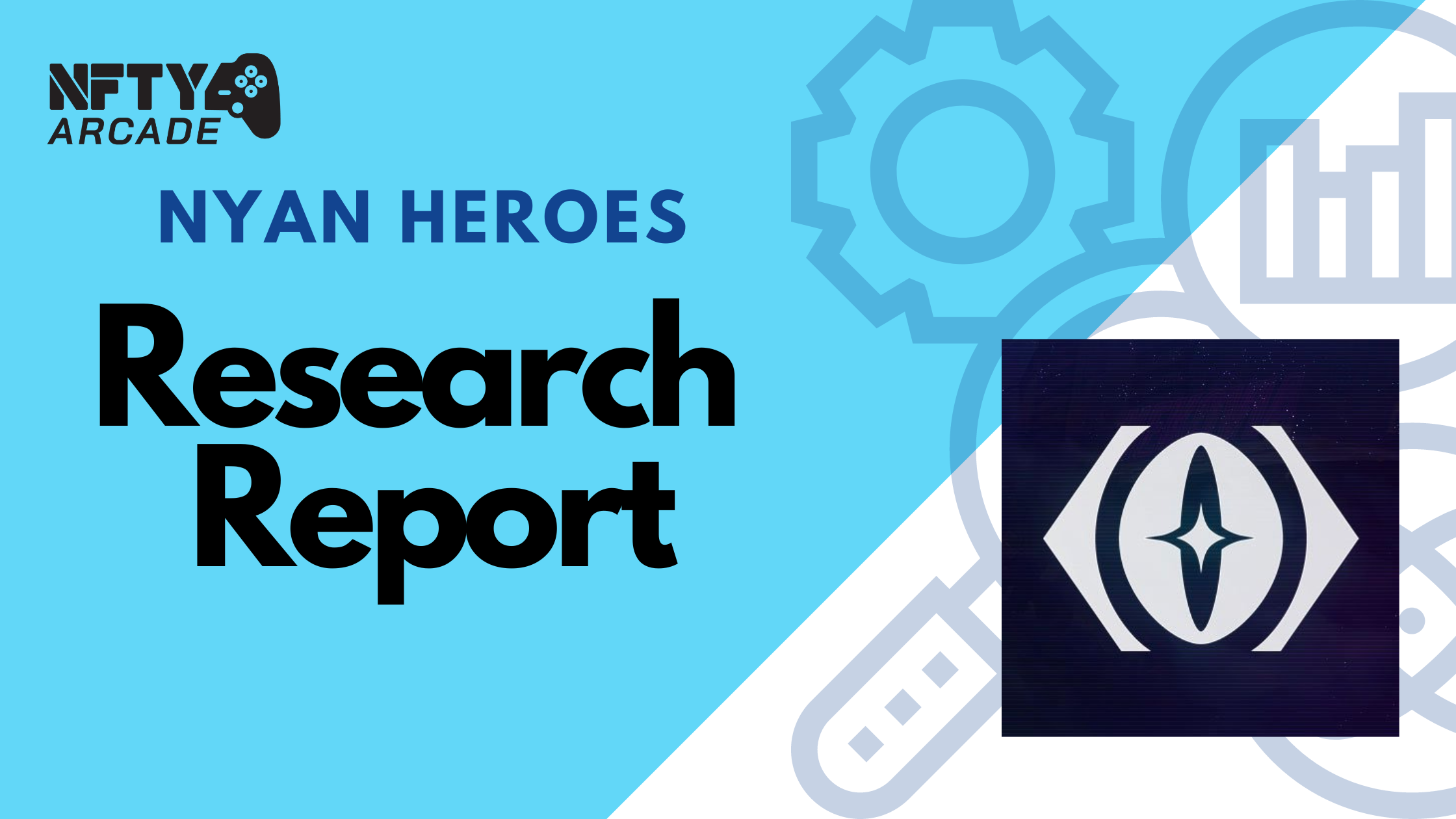 Nyan Heroes is a promising game that combines a few of our favorite things. Interesting NFT gaming that’s open to both free to play, and play to earn opportunities? Yes. A beautiful mixture of cyberpunk and lo-fi art styles? Check.

While many details are still emerging, and with gameplay alpha set to debut in Q4 of 2022, things are sure to continue to change and develop for Nyan Heroes.

As big supporters of web3 gaming, we’re excited to see so many different game types in development. Each one can fill out and diversify the future of gaming. Unlike many NFT projects focusing on collecting and trading, Nyan Heroes promises to be an action-packed 3rd person shooter, with both battle royale and a storyline-focused adventure modes, among others to be announced.

But don’t worry cat fans—the game also has tons of Nyan cats to collect, along with their high-powered Guardians. The developers have even partnered with various animal charities to rescue and support cats in our world too.

Ready to join the battle for Nekovia?

In this guide, we’re taking you deep inside the world of the game. We’ll explore the motivated team behind the game, and take a look at the token economy of this play and earn game. While it may be too early to tell exactly how this game will look as it rolls out, we’ll share our early ideas for getting involved in the world of Nyan Heroes.

Nyan Heroes is a decentralized third-person shooter game, built on the Solana blockchain. Players can own, trade, and sell their characters, cat-like creatures called Nyans, along with fighter mechs called Guardians. Each represents a unique NFT that can be traded via the game’s marketplace.

Welcome to the world of Nekovia. Once known as the most powerful and advanced civilization in the entire Metaverse, the Nyans enjoyed centuries of peace and prosperity. But, as is so often the case with these things, the Nyans grew greedy. Power-hungry. Arrogant.

In time, the Nyans came to completely dominate the landscape. As their reach grew, they took everything they could get their claws on. Eventually, the Starlight Corporation, the chief industrial producer of the Nyans, awoke the mysterious Corruption out of environmental catastrophe.

Twisting and mutating everything it came across, the Corruption completely overran the Nyan civilization. Driven to the brink of extinction, the once mighty Nyans are refugees surviving on the outskirts of their own cities.

And that’s where you come in! Your unique Nyan’s abilities, combined with the technological might of your Guardian mech suit, can help turn the tide. By exploring and unlocking the mysteries of this world, you can bring hope to the 11,111 Nyans left standing.

Check out the cinematic trailer for a feel of these mighty fighting Nyans.

Nyan Heroes gameplay is still in development at this stage, however, developers state the game will be played as a third person shooter. The game is being built in Unreal Engine 5, and we really like the things we’ve seen so far. Here is some prototype gameplay leaked by Nyan Heroes in May 2022:

The Nyan Heroes team states in their whitepaper that there will be several gameplay modes for web3 gaming players to choose from:

Available in either single-player or co-op modes, players can progress through the world of the game. In completing challenges and defeating enemies, players will be able to earn many types of rewards. From the $CNTP in-game currency to powerful Cores, these rewards can be combined in different ways. Through leveling up your Nyan characters, their Guardian mechs, and your various weapons and equipment, you’ll encounter enemies that will challenge you as you grow.

The other primary way players will earn those play and earn game rewards is through PvP battles. With up to 60 players, you’ll join the fray in a self-contained map testing your skills. Customizing your Guardian with different equipment and your favored class will suit a variety of different playstyles.

With the release of Land, players will be able to start or join a guild. This guild can work together to accomplish guild-only quests and raids, and earn lots of loot. Sending out your Nyans and their Guardians on missions can provide a steady stream of loot for the guild. Land will be released in five categories, starting with the central Genesis release. Land will be a limited release, and once it’s gone, it’s gone.

One of the reasons we love decentralized games so much is the opportunities for the creative player. In traditional games, in one way or another, you are limited by the game’s creators. However, in web3 games like Nyan Heroes, the players themselves are building and running the world of the game to a great degree.

There will be many RPG opportunities in Nyan Heroes for the players to make their own. Would you choose to go out and explore, collecting rare and valuable items to sell? Maybe you could forge a path for yourself as a soldier-for-hire, contracting your services to guilds in order to clear a difficult mission. Or do you want to join a guild and open a repair shop for damaged Guardians? There’s lots of ways to play, and we’re really looking forward to this gameplay.

With nine planned Guardian classes, there’s likely a perfect class for any player. Players will even be able to merge their two Guardian mechs for even more customizable features. Each class has strengths and weaknesses, so be sure to strategize with your teammates for a well-balanced fighting force.

Which of these classes sounds like the most fun for you to play?

Perfect for the all-arounders, the Warrior is a mix of strength, speed, and durability. While they might not be the strongest in any area, they’re not weak anywhere either. This class has a special ability that can block incoming projectiles, then turn them around in a powerful shockwave attack.

This is for the frontliners. These mechs look just like tanks with legs, and are perfect for those that like to go toe-to-toe. You’ll soak up lots of damage and allow your teammates to get repositioned, or launch counterattacks of their own. The Tank’s special ability produces a crackling plasma shield that boosts your defensive and protection capabilities even more.

Slower than average but with plenty of damage and bulk, think of the Brawler like the Barbarian in your D&D game. This mech’s special ability is called “Blood Thirst,” and provides a speed boost and lets you steal life from your enemies for a few seconds.

I mean, come on, look at that murdercat! The Assassin is fast and fragile, but hard to hit. They excel at hit and run attacks, sneaking in to close out quickly, use their melee blades, and then escape.

Luckily, the Assassin’s special ability allows them to do just that, ninja-style phasing out with a speed boost and double-jump option.

This is another class that wants to stay out of direct combat. But don’t worry—you’ll be able to do big damage from range with this specialist class. And after taking your well-aimed shot, repositioning is easy thanks to the Hookshot special ability. We can already imagine zipping around the map, blasting away.

Keeping your teammates in the fight is your fight. The Medic has increased survivability and speed to help you move around the field of battle. The Medic’s special ability takes the form of a small drone that heals and shields your target, and can be reactivated for a team-wide heal.

Another fast and agile skirmisher, the Scout is great for scouting and stealth. Before entering a dangerous new area, the Scout can use their special class ability, Ricochet, to fire a bouncing bolt inside. As it ricochets, it creates a sonar effect, revealing any enemies for a few seconds. Now who’s ambushing who here?

Slow and heavy-duty, the Mechanic looks like he came straight from the Thunderdome. The Mechanic can deploy up to two remote sentry units. These motion-activated turrets can be very deadly in the hands of a strategic player.

A balanced mech, this is the only class that is not an NFT, and is a starter class. Players without a Guardian NFT will still be able to play a version of this class without variations, making it attractive for free to play game players. The Soldier has a rocket jump special ability, allowing them to jump in and out of combat, delivering heavy firepower all the while.

Nyan Heroes has a young team that is tapped into the blockchain world and NFT gaming. They are betting big on being able to deliver one of the first AAA blockchain games for web 3.0.

Wraya/Wenga - Founder
WRAYA is an influencer with a combined following of 30M followers across all social platforms and recently has transitioned into a career as an Artist/Musician. Building communities is her passion and talent. She has a deep interest in all things blockchain and is a fanatical cat lover.

WRAYA has a degree in accounting and business, and has years of experience as head of digital marketing for E-Web Marketing and SavvySME.

Maxmello is WRAYA's business partner and a gaming influencer himself. For the past 7-8 years, he has run the operations side of WRAYA's businesses. As head of market research, product development and overall business strategy, he has led multiple teams to execute projects at a high level.

He himself is also an avid gamer and gaming influencer. For the past year he has developed a Roblox game called Animal Island with Melon Development Inc.

A multi talented artist capable of many art styles and genres, Betsy is a valuable asset to Nyan Heroes.

Brycent is the top Axie Infinity streamer and is founder of Lootsquad GG.

CrunchBase reports that Nyan Heroes has raised around $10 million between two rounds. The latest, a $7.5 million round closed on May 9, 2022, included Kosmos Ventures, Sino Global Capital, Shima Capital, and Petrock Capital.

“We aren’t just a group of blockchain enthusiasts trying to build a game,”  said Tore Blystad, Creative Director of Nyan Heroes. “We are a team of industry experts from traditional AAA game development that are bringing our talent and quality to the Web3 gaming space.”

The game’s economy centers around your Nyan Hero and Guardians. Purchasing one of the Genesis Nyans functions sort of like a one-time mint token, making them a valuable asset.

As an owner of a Genesis Nyan, you will hold a limited edition Nyan Heroes Avatar NFT with a Genesis ID tag which affords the following utilities:

Being built on the Solana blockchain, the game will feature the in-game $CNTP token, and the $NYN governance token.

$CNTP will remain uncapped, and scaled as the player base grows on release. $NYN will have a fixed supply over a four-year rollout.

Nyan Heroes has Twitter and Discord communities of around 82,000 people. Expect this number, and the current low engagement rate to increase as more exciting gameplay footage gets released.

With the gameplay Alpha, new Guardian NFT drops, and Land sales scheduled for the second half of this year, there’s a lot on the horizon for Nyan Heroes. They have lofty goals, but have been quite steady and successful so far. With their recent fundraising prowess, they should have the resources needed.

We’re excited to follow along with Nyan Heroes. With very recent fundraising and gameplay previews, there is a sense of energy around this project.

It’s always great to see developers taking a fresh look at just what a web3 game can be. As popular as shooters remain with web2 gamers, there could be a big audience for Nyan Heroes to increase mass adoption.

What are your thoughts about Nyan Heroes? Get ready to suit up, and we’ll see you in the Battle Royale!