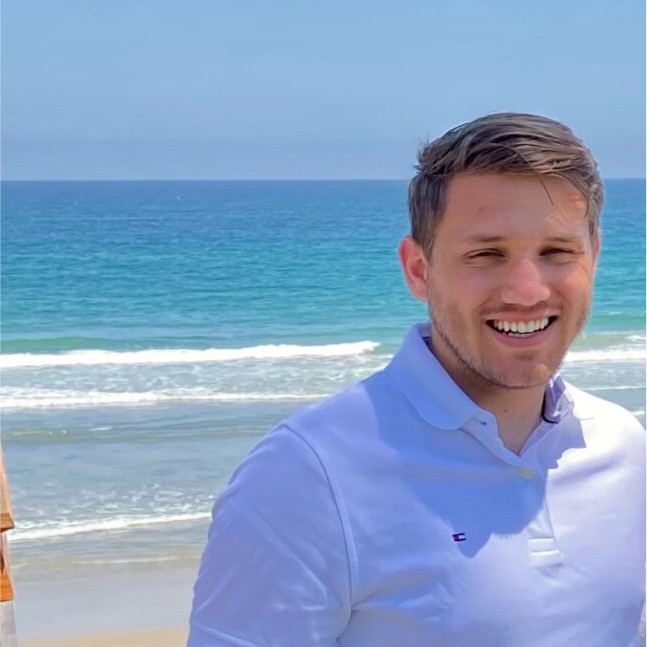 Does Axie Have A Future?

Today, you’ll find out the 5 reasons that Axie Infinity DOES in fact have a future. 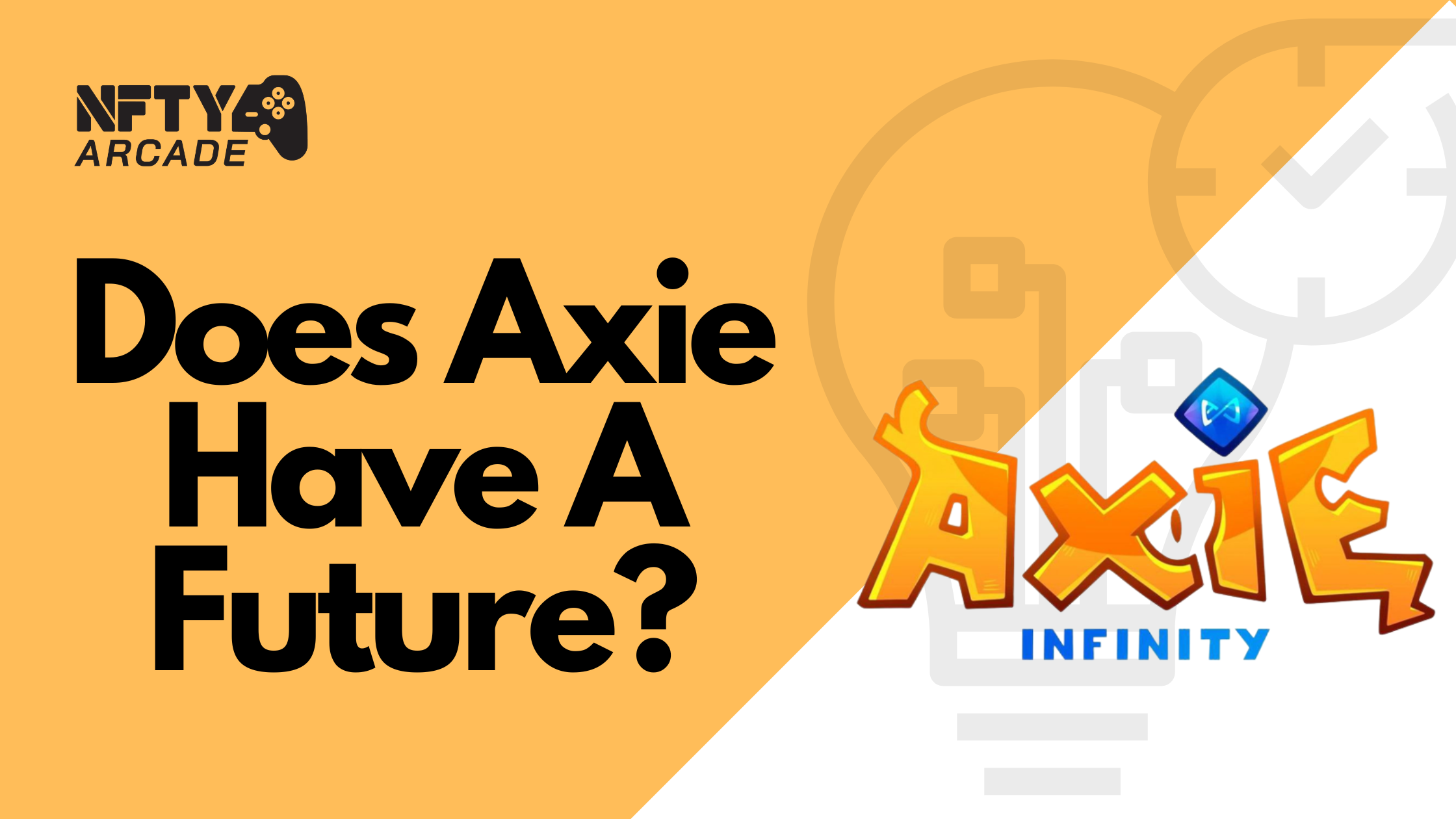 “Axie Infinity was sent to us from on high, and angels trumpeted its immaculate arrival!” and “I HATE Axie Infinity like I HATE my Uncle Jimothy!”. Both sentences have been uttered by the same crowd at different times. It's infamous for bringing in a massive amount of players only for the economy to also take a dump in Johnny Depp’s bed a few months later (allegedly). Many have speculated regarding the potential of the game, and why it’s a dead ecosystem. Today, you’ll find out the 5 reasons that Axie Infinity DOES in fact have a future.

Sky Mavis has first mover advantage and has a history of delivering.

Sky Mavis, for all intents and purposes, built the first widely adopted Play-and-Earn game. Founded in 2017, Axie Infinity has been through multiple iterations with its v1 actually being an autobattler that allowed no interaction once the battle started. Sky Mavis has been delivering regularly to its community since its launch. Let’s discuss some of their more notable achievements. Among these are: launching a brand new blockchain that supported billions of dollars worth of transactions, quickly scaling a game from 50,000 daily active users to just around 3 million at its all time high, launching v3 of the game otherwise known as “Axie Infinity Origin” that has already received 600,000 registered users and finally pioneering a space that had never been traversed before and spawning 100’s of spinoff projects in the process. Axie Infinity has been consistently delivering since its inception. Obviously, there is controversy around the delays of important features like Origin or land gameplay being continuously delayed. The team is far from perfect and has had to learn some hard lessons. Despite the absolute implosion of the economy, the game still boasts around 500-600k daily active users with a solid community of content creators and players sticking around and waiting for Origin to truly become the ecosystem’s flagship project via feature parity.

The team understands that feature parity is the objective

Feature parity is goal according to the Sky Mavis team and this is strongly indicative of the fact that Sky Mavis is thinking about the industry and problem resolution in the correct way. This ideology all comes back to the core belief that web3 gaming is not a revolution, but an evolution of gaming. It espouses the belief that web3 games do not have to be awe-inspiring and jaw-dropping projects that completely blow web2 gaming out of the water. The magic is in the benefits of blockchain technology allowing for community governance and digital asset ownership. The goal of a web3 game should be to create a game that is on par with a comparable web2 game so that if a player were to make a decision between the two, the merit of the decision relies truly on the merits of their desire to engage in community governance and digital asset ownership. For example, if I could play World of Warcraft or World of Warcraft on the blockchain, why would I not choose the ecosystem that allows me to own my assets, earn cryptocurrency and participate in governing the community I spend 100s-1000s of hours in. The fact of the matter is that Sky Mavis understands this principle of feature parity, and is paving the way to become one of the first web3 games to achieve this objective and start bringing over mobile gamers.

There is a strong understanding of what is required to build a sustainable economy.

This may seem like a VERY controversial statement given what happened to the Axie Infinity economy over the last year. Now, there is definitely some conjecture on this point, but it's conjecture based on Sky Mavis behavior that strongly indicates an understanding of what is required for a sustainable economy. The Axie Infinity community has continually sounded a unanimous cry for BURNING OF SLP. If SLP is burnable via game mechanics, the game is saved! What’s unfortunate is that the community at large fails to understand that economic mechanisms at face value do not fix an entertainment issue. Sky Mavis did what was probably one of the most difficult things to do in the face of extreme pressure, ignoring popular opinion for the good of the game. Henry Ford once said “If I asked people what they wanted, they would have said faster horses.” Asking for the burning of SLP is like asking for a faster horse instead of a car. The problem with Axie Infinity was not the infinite printing of SLP. It was the lack of entertainment backed assets. Plenty of games like Runescape, World of Warcraft and more have indefinitely printable currencies that inflate at astronomic rates every year. By definition a currency is actually supposed to be inflatable in tandem with an increasing population. SLP is supposed to be a gaming currency. Axie Infinity was not a game that players were playing for fun, it was being played almost exclusively for money. Any burning mechanism would not have worked, because it would have required more investment which people were not willing to engage in as Axies themselves were significant investments. If we look at any sustainable gaming economy, people are engaging with burning mechanisms for entertainment value NOT for earning potential. This is why Sky Mavis understands what’s required to build a sustainable economy. Instead of caving and building short sighted burn mechanics to appease the whims of the community, they are focused on building a FUN game that will be primarily played by people who like to play first, earn second, in other words people who want to PLAY-and-EARN not PLAY-to-Earn. We can look to Pegaxy’s epic failure as further evidence that the mint/burn ratio is not the main driver for economic sustainability. They took great pride in their mint/burn as the economy caught on fire in record time. People have to WANT the currency. Nobody WANTS SLP or VIS in Pegaxy. They WANT to make money and that drove the demand for the currencies and that is ultimately why the currencies crashed. When there is significant demand for the currency outside of its association with income generation, a sustainable economy is within reach.

They raised gigantic sum of money

Obviously, capital is not the end-all-be-all solution for business problems. That being said, capital affords an incredible amount of resources and leeway to projects with the capacity to execute. Inevitably crypto was going to have to weather another “Winter” and the primary objective during a market downturn is survival. As a company, you can have a fantastic product, amazing team and optimistic future, but if you do not have the cash to survive difficult market conditions it doesn’t really matter when the (alleged) poop in Mr. Depp’s bed hits the proverbial fan. Sky Mavis raised $150MM, has an incredible treasury of AXS and raised another $150MM shortly after the ronin hack to fulfill reimbursement obligations. They have publicly stated that they have enough cash reserves to serve as 10 years of runway. If one is going to bet on any project, that project better have runway to cover a significant amount of time. Not only are the raises fantastic news as it pertains to runway and survivability, but it also serves as credit to the team and industry as big names and big investors are stating to the world that they they the Sky Mavis team is capable of building something MORE VALUABLE than the $3 Billion dollar valuation at which they got involved. Among investors in Axie Infinity, possibly most notably is Mark Cuban. You know when the Shark Tank host and moonlighting billionaire is investing in your company, that is an impactful and clear message to the world about the project’s potential.

The Ronin ecosystem will bring more attention to Axie Infinity

Finally, the Ronin ecosystem is one of the biggest reasons to be bullish on Axie Infinity. Axie Infinity will not be just a one-game experience. Axies themselves will serve as all-access-passes to a multitude of gaming experiences housed on the same blockchain. Sky Mavis will produce and endorse other projects. Other developers will build Axie related experiences using the ronin chain. Every time an Axie serves as a tool for on-boarding a player into a gaming experience, it brings recognition and validity to the Axie Infinity ecosystem. Axie Infinity Origin looks promising in of itself, but fortunately for those evaluating the opportunity thoroughly, there is a strong evidence that the array of experiences and projects provided via the Ronin blockchain will serve to enhance the Axie Infinity ecosystem substantially. At time of writing, there are over 10 additional gaming projects that will feature Axies and SLP as core components of the game experience which only serves to fuel the ecosystem. We expect many more to come, and have reason to believe that the project has longevity due to the reputation and runway discussed previously.

Axie Infinity is one of many games in the space, it can be hard to decide which ones to try out and which to pass on. From learning about crypto to finding out the latest buzz, NFTy Arcade is dedicated to being your end to end partner. We hope you’ll join us on the adventure of Web 3.0 gaming, and see just what we can achieve together!